Into the Cave of God 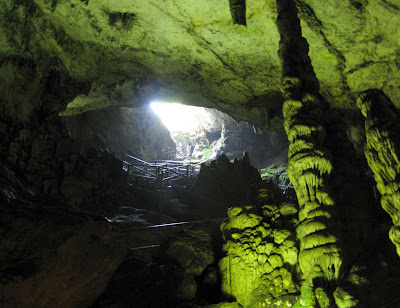 I recently returned to the Lasithi Plateau in Crete. I said I would and I meant it! My main aim in so doing was to revisit the Dictaian Antron, which is a cave set high above the village of Psychro where ancient Greek tradition has it, Zeus the king of the Gods was born. I used the word revisit, because on my previous visit in September last year, the cave was closed. Consequently, I was determined to return [see 'Into the Plateau'].

The car park on this occasion was packed full - unsurprisingly. We finally ['we' meaning myself and my son-in-law] found a small section of tarmac on which to park and were instantly charged two Euros for the privilege by the ever watchful and eager parking attendant.

We made our way up the steeply inclined track in the heat of the noon-day. A donkey man was hopeful we might want a ride up on his beast. The donkey looked forlorn and tired. The idea of sitting on its back seemed cruel. The donkey man was not getting any takers from the many visitors. He was charging 15 Euros which seemed a lot and off putting. He is destined to remain poor.

As we made our way up to the cave entrance, we kept stopping to take in the view of the Lasithi Plateau. This was a wonderful sight, and the best view I had experienced of it. The Plateau is a vast fertile flat plain set high in the Cretan mountains. It is a patchwork of fields farmed by the local village folk. The villages are truly traditional Greek with many old care-worn people passing their time sat outside of coffee shops and old black clad widows riding donkeys. Many of the local shops sport beautiful locally made lace products in the hope of eking a living from the passing bus loads of tourists. There seemed to be few young people around. I can only guess that either they were away at work in the towns, or else they move out to make their fortune seeing little future in the countryside.

On reaching the cave entrance I was taken by how large it was. I don't know why, I had imagined it to be a lot smaller. The Greeks had done a great job of making it accessible through a system of paths, stairs and walkways. However, before negotiating these we had to pay the 4 Euros entry fee at the ticket hut.

Entering the mouth of the cave it became clear that this was no ordinary cave. It was an enormous cavern stretching out into the dark depths below us. The best way I can describe it was that it was like a vast natural cathedral, rich and ornate in natural formations with stalagmites and stalactites in abundance. Some of the formations had been illuminated by colored lights of various hues.

It was clear that this was an experience to be savored and not hurried. The atmosphere was somewhat damp with water dripping and running down different areas of the cave walls, forming intricate and beautiful patterns in their wake. The vastness of the place was truly awe inspiring and it was easy to understand why the ancients had accredited it as the birthplace of the King of the Gods. My closest experience I have had in my travels was the Batu cave in Malaysia, a few miles outside Kuala Lumpur. That cave was also truly impressive and bore a passing resemblance, but in terms of pure grandeur and scale, then the Dictaian Antron was the winner. It is interesting that the Batu Cave, like the Dictaian Antron also shared religious significance, only this cave was in active use by Hindu worshippers with various shrines to Hindu Deities inset around the walls. Actually, many caves I have visited have had alters and suchlike in them and been used as places of worship. Although I am not a God fearing believer myself, I nevertheless feel awe and a reverence for the laws and natural processes of the universe which collude to bring such awesome places into existence.

I doubt that I will ever return as I like to move around and see different places. I am not one for continually going back to the same place as there are just too many fantastic and awesome places around the world crying out for human appreciation. I took many photographs whilst in the cave, and it will remain etched in my memory. Now I must move on. 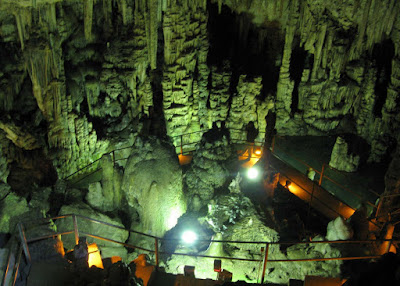 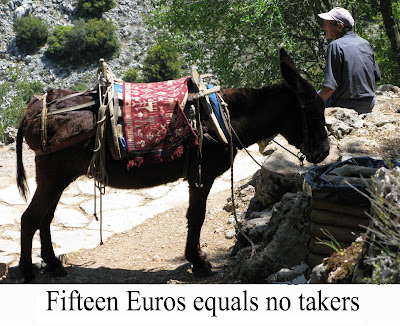 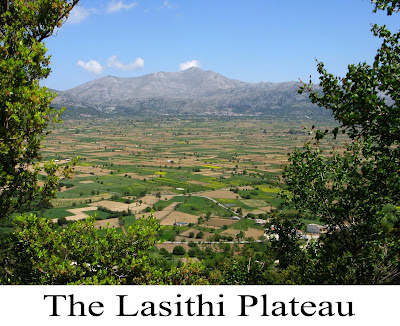