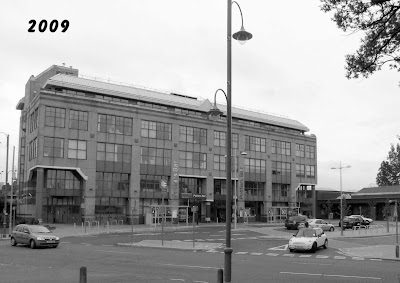 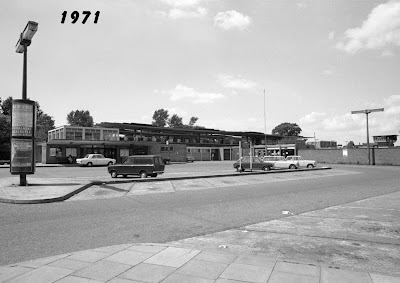 Thirty eight years ago, following a tour of a lifetime with the RAF in Singapore and finding myself on leave – and bored - in my home town of Potters Bar, I was lost for something to do. The solution, I decided, was to arm myself with my trusty Pentax Spotmatic camera, get on my bike and carry out a photographic survey of the town and it's environs.

Now, photography is a magical tool because it gives us a means of making direct comparisons of places over the passing of time. Whenever a photograph is taken, a recording of an instant of time is laid down, not just an image. Thus, since the invention of photography in the early nineteenth century, we have the most valuable tool imaginable, short of a time machine, for going back and seeing what things were like in times past. I have often thought how different things would have been if photography had been invented a couple of thousand years ago – or more. How different our perceptions of the past would be! Instead of “artists impressions” and archaeologists’’ reconstructions we would be able to see the real thing in all its authentic detail. Many things which are a mystery now, would instead be as clear as day.

When I was riding about on my bike and taking those seemingly mundane photographs all those years ago, I never dreamed of how fascinating I would find those same shots in later life, not to mention the part of the jigsaw of the history of the town they would become. Things which I had long forgotten were suddenly thrust back into sharp relief. Green fields where cows once grazed near my childhood home are now a housing estate. The junior school, so much a part of my formative years has disappeared in the wake of yet another housing development. The shops I once frequented have changed ownership – or closed down altogether. My favourite pub is now replaced by luxury flats. Ford Cortinas have been replaced by Ford Focuses. Even so, many things are still there now as they were then. Give it another thirty eight years…..

Making a record of the familiar places of today, can be a very satisfying and constructive thing to do. As well as getting out and about in the fresh air, it forces one to take that little bit more interest in the world about you. Your view the world alters in that the all too familiar takes on a new perspective. You become more conscious of the changes going on in the environment over time. Once a building is knocked down, it is gone forever. If for this reason alone, it makes sense to photograph it for posterity and the enrichment of future generations.

The photos shown here depict Potters Bar station as it was in 1971, and how it is today. Spot the difference.
Posted by Steve at Thursday, July 16, 2009