Bowling back to Maldon 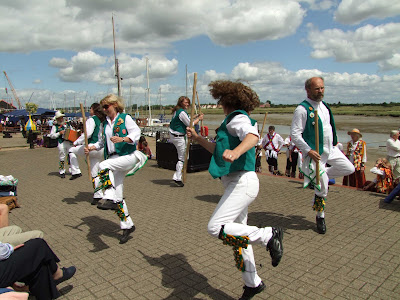 During the Summer my wife and I took part in a Ten Pin Bowling competition at Maldon in Essex. I was pleased about this, not just for the bowling, but also for the excuse to re-visit Maldon.
The last time I visited Maldon was in 1963. I cycled there on an old pushbike with no gears. I was with my best friend of the time who tragically died of a brain hemorrhage at the age of 21. We stayed in a youth hostel for the night. It was ride there one day - from our home town of Potters Bar and ride back the next. It was all a bit of a rush as I had to get back in time to do my paper round for Mr Meakin, the paper seller who operated from the entrance of Potters Bar Station. I made it back in time, but was so exhausted it took my last reserves of energy to do the round, but do it I did. But as I said, it was a rush and we never had time for a proper look around Maldon before heading back.
The bowling went well in that we never came bottom. "Its when you have to reach up to touch bottom you have to worry" as my old grandfather used to say, so on that basis we did extremely well. We were playing against people who are so good they expect a strike or a spare with every frame, but their problem when playing against average run of the mill players such as us is that they had better hope we are on a bad day. Why? - because we get a big handicap rating which means that if we just play that little bit better than usual, it gives us a distinctive edge. Even so, we were nowhere near good enough to take part in the finals after the first two rounds, so with time on our hands we took a ride down into Maldon for a better look than in 1963.
Maldon is very significant in English history, because it was here in 991 at the Battle of Maldon, the Saxon defenders were beaten off by attacking Vikings who sailed in their long ships up the River Blackwater. At the time, Maldon was one of the only two towns in Essex, the other being Colchester.
When we visited, on this occasion, it was much more peaceful. No Vikings, no battles, and no long ships, although there were a lot of old sailing barges now used for more touristy purposes.
We had a beer and a meal in a pub waterside restaurant, and then onto the waterfront where we were treated to a display of Morris dancing, pictured at the head of this posting.
Posted by Steve at Friday, November 06, 2009